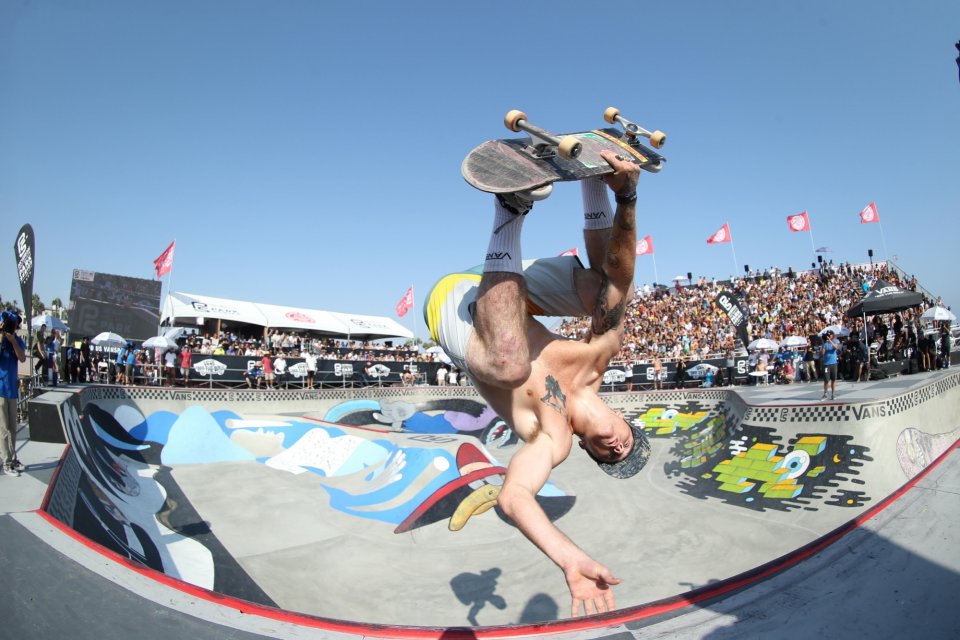 Huntington Beach, CALIF. (July 30, 2016) - All roads now lead to Malmö as the Vans Pro Skate Park Series established the final field of contenders to compete in the inaugural park terrain skateboarding World Championships to be held in Sweden this August. The fourth and final Global Qualifier of the season saw more than a hundred skaters in Huntington Beach, CA battle it out in one built-to-spec custom designed park course for the chance to earn their spot on the Malmö ticket.