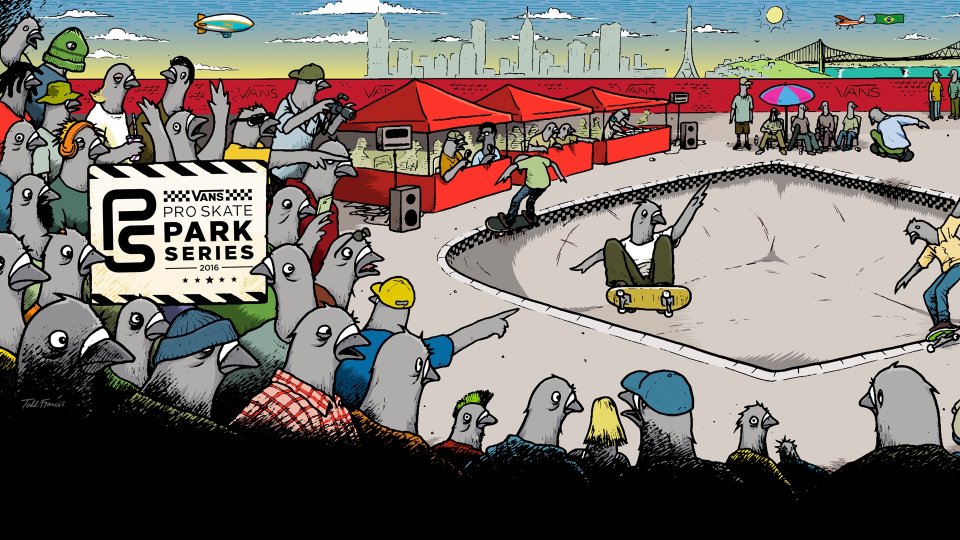 VPS and ISF will work in tandem to create and uphold guidelines to define and elevate the park terrain discipline worldwide by establishing the premier global points ranking system for park terrain skateboarding, culminating with the official crowning of a park terrain world champion for men and women this August in Malmö, Sweden. The goal of the partnership will promote an influential global platform for organized skateboarding, showcasing expert athleticism while maintaining the unique culture and values of skateboarding.

"In anticipation for the exciting potential of skateboarding in the Olympics, preserving and upholding skate culture becomes an even more critical mission; the only way to achieve this with authenticity is to ensure skateboarding is being represented by skateboarders," remarks Bobby Gascon, Vans Global Director of Action Sports. "This mutual vision shared by Vans and the ISF forges a partnership that is committed to skateboarding first, above all else.”

Additionally, VPS endorses the ISF as the only true skateboarding federation of, by and for skateboarders, to represent skateboarding worldwide and looks forward to creating a strong foundation for global park terrain competition.

The first fifteen 2016 Vans Pro Skate Park Series Select Pros have been revealed, prepping the field for an exhilarating qualifiers competition this Saturday, April 16, at St. Kilda Skatepark in Melbourne, Australia. The inaugural event will be webcast live on www.vansparkseries.com with daily updates shared on social media via @vansparkseries.

With more information forthcoming, VPS has begun strategizing with ISF on vital components of the partnership, including outlining competition format, scoring structure and the defining of park terrain skateboarding discipline. The ISF will collaborate with VPS as they establish a global points qualification system that will inform the new Vans Park Series World Championship series, the ISF’s first World Championship event in park terrain skateboarding.

About the International Skateboarding Federation (ISF)

Established in 2004 and now with partnerships with more than 80 member countries, the International Skateboarding Federation (ISF) is the formally organized and not-for-profit world governing body for skateboarding. It was established to provide direction and governance for the sport of skateboarding globally and to ensure the best possible representation of skateboarding is experienced by athletes and fans. The ISF aims to preserve skateboarding’s integrity and authenticity as a sport, passion and lifestyle with freedom of self-expression and creativity at its core. Learn more at www.internationalskateboardingfederation.com.