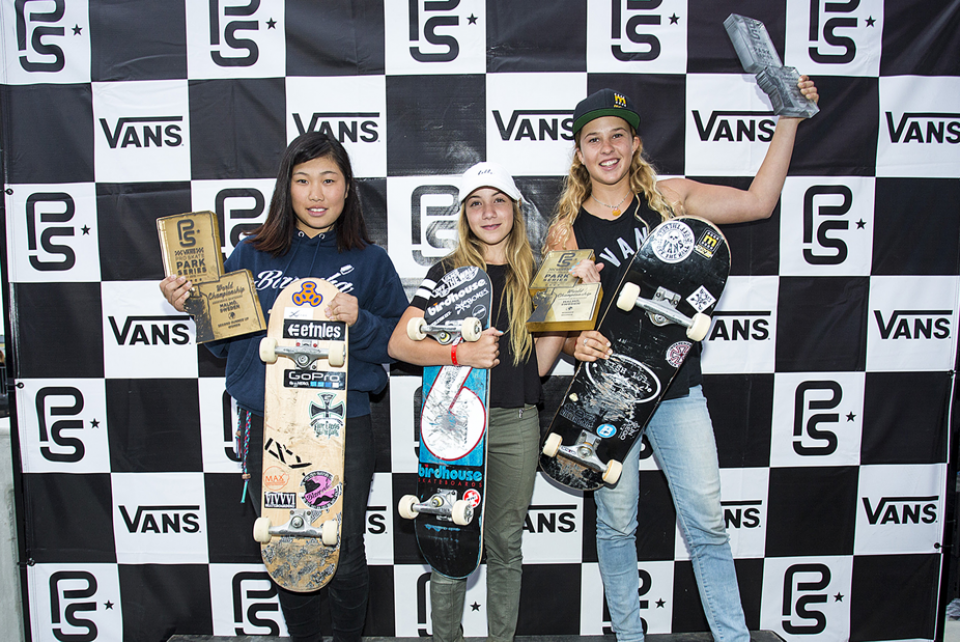 Malmö, SWEDEN (August 20, 2016) –  The first-ever Vans Park Series World Championships of park terrain has officially crowned 12-year old Brighton Zeuner the new Vans Park Series Women’s world champion! With an outstanding final run, little Brighton sweeps the crowd off their feet with a fantastic 360 over the ski jump. Brighton is joined by Jordyn Barratt, who rose from 10###sup/sup### place in the final minutes to claim a glorious second place win. And final, in true Cinderella fashion, Japan’s Kisa Nakamura, a talented contender who traveled far and wide to compete today, entered as first alternate and triumphed with grace and form to secure third.

I’m so happy. All the girls killed it. I’m speechless right now. It is so much fun. This is my third time [in Malmo] and every time it’s the best vibes ever—and I’m picky with my vibes!