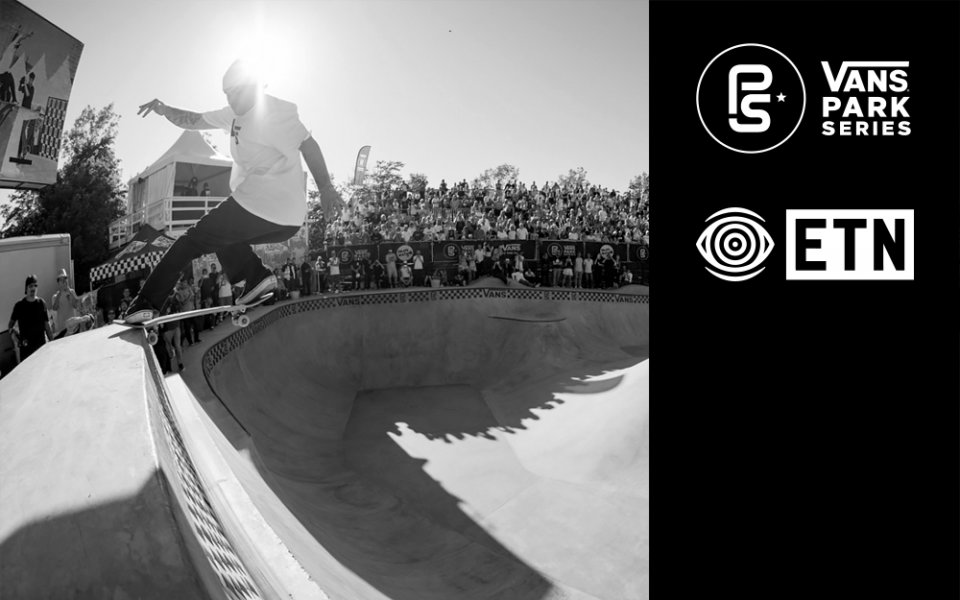 Costa Mesa, CALIF. (April 19, 2018) – In advance of the 2018 Vans Park Series season start in Brazil this June, the premier global park terrain skateboarding competition series is excited to announce an exclusive media partnership with ETN, presenting the VPS Live Broadcast on ETN free of charge for viewers around the world. A growing subscriber-based media network created by skateboarders and specializing in live events and original skate programming, ETN joins Vans Park Series as the official 2018 Live Broadcast media partner for the upcoming season, providing VPS tour programming for free on the ETN app and online at ETNlive.com all season long.

ETN Creative Director Erik Bragg adds, “Our partnership with Vans Park Series gives us another opportunity to bring skateboarding’s biggest moments to skateboarders and fans all over the world, live. We look forward to showcasing this rad transition contest series on our network.”

The 2018 Vans Park Series Pro Tour will be broadcast live and for free on the ETN app ETNlive.com, and vansparkseries.com. The new partnership will expand Vans Park Series’ global reach to inspire a diverse and engaging audience, from core skateboarding loyalists to an emerging mainstream skateboarding fan base worldwide. Download the ETN app or visit ETNlive.com for more information.

ETN is a digital network created by skateboarders that provides members with a one-of-a-kind experience into the world of skateboarding through unique original shows and live events. As the official live broadcast partner of skateboarding’s premier contest series, SLS & Vans Park Series, the network continues to pioneer a growing platform for the world’s best skateboarders, while shining a light on the unpredictable, raw culture of skateboarding. Download the ETN app now or visit ETNlive.com for more information.