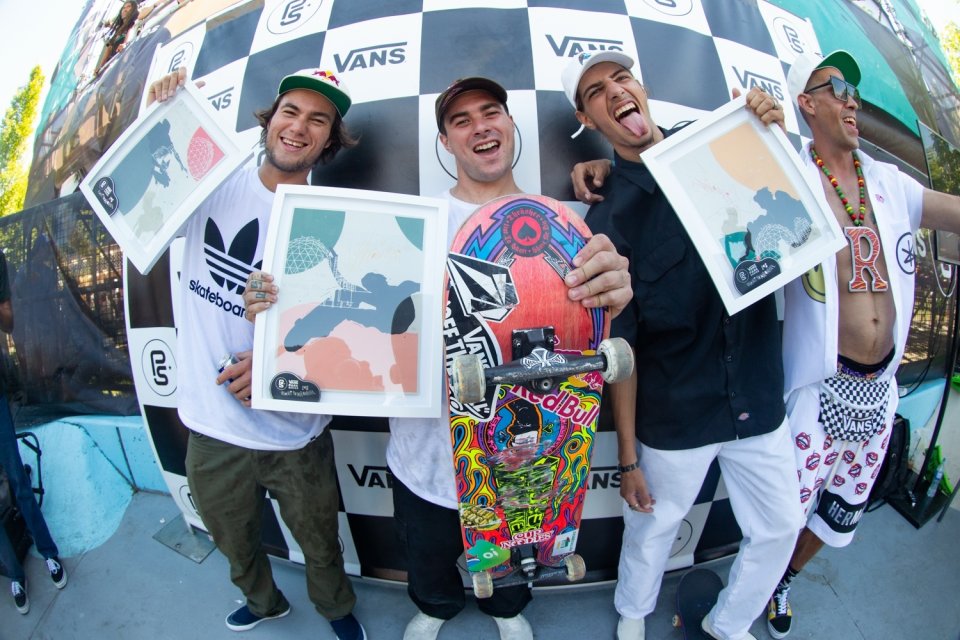 Vancouver, Canada (July 14, 2018) –  Higher, faster, stronger, and full of surprises—today’s incredible Vans Park Series men’s professional park terrain skateboarding competition at the iconic Hastings Skatepark in Vancouver, BC unleashed some of the best lines in VPS history. With close score exchanges during the finals by talent from all over the world, Vans Park Series congratulates defending VPS Men’s Pro Tour, Canada winner Pedro Barros (BRA) for the Brazilian native’s back to back Vancouver victory. Barros’ sharp focus delivered massive runs at unstoppable speeds (including a monstrous backside 540 on the hipped spine), achieving the only 90-point run in the Mother Hastings course. Barros celebrates two podium appearances in the 2018 VPS season so far after earning 2nd place at last month’s VPS Pro Tour, Brazil event, with no signs of slowing down.

Driving the pressure throughout the event, hungry tour rookies such as semi-finals leader Jagger Eaton (USA) and contest prodigy Keegan Palmer (AUS), left the field shook, bringing a new level of technicality and unpredictability in the race to the VPS World Championships. Next stop, Huntington Beach!

Congratulations to all the podium winners! See below for the full results from the Vans Park Series Men’s Pro Tour, Canada. Visit ETN and VANSPARKSERIES.COM for contest highlights and the full show replay.

Hastings Skatepark remains one of the most demanding skateboarding courses in the world, holding court as one of the original park terrain concepts in North American history. Returning for the third year in a row, the elite pros of the 2018 Vans Park Series Men’s Pro Tour ruled the Hastings Skatepark course once more, with fast, aggressive and colossal runs.