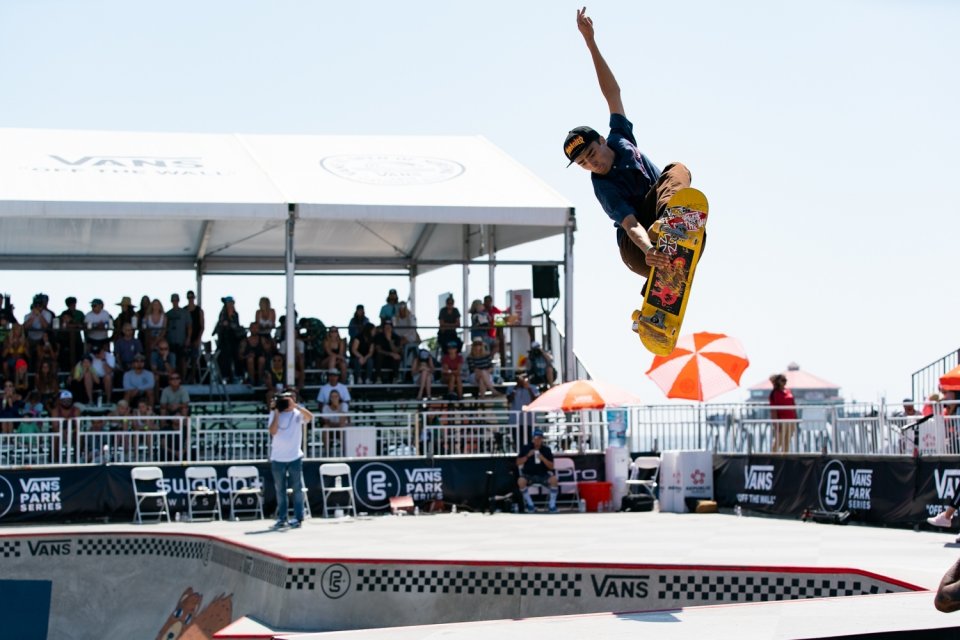 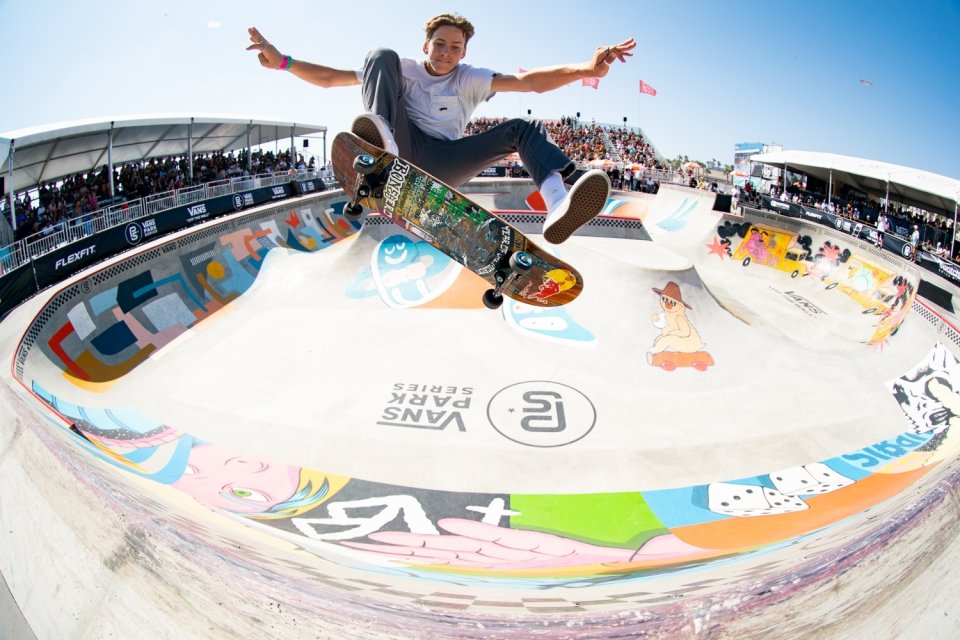 Huntington Beach, CALIF. (August 3, 2018) – The 2018 Vans Park Series Pro Tour in Huntington Beach completed its prelim rounds earlier today to determine the final lineup for the men and women’s main event tomorrow, August 4. The VPS Men’s Pro Tour began with 18 challengers gunning for one of ten open spots in the semi-finals. Event wildcard and winner of the 2017 VPS Brazil National Championships, Luiz Francisco qualified in first, with a dominating performance. Luiz’s comfort in the park was no surprise, considering his 2017 finish in Huntington Beach earned him 2nd place on the Continental podium. Strong performances also came from the other two event wildcards, Heimana Reynolds, who earned 2nd, andZion Wright, known for his street skating prowess, placed 6th, impressing the judges with a well-rounded run that proved he has what it takes to hang with the top-level park terrain skaters. 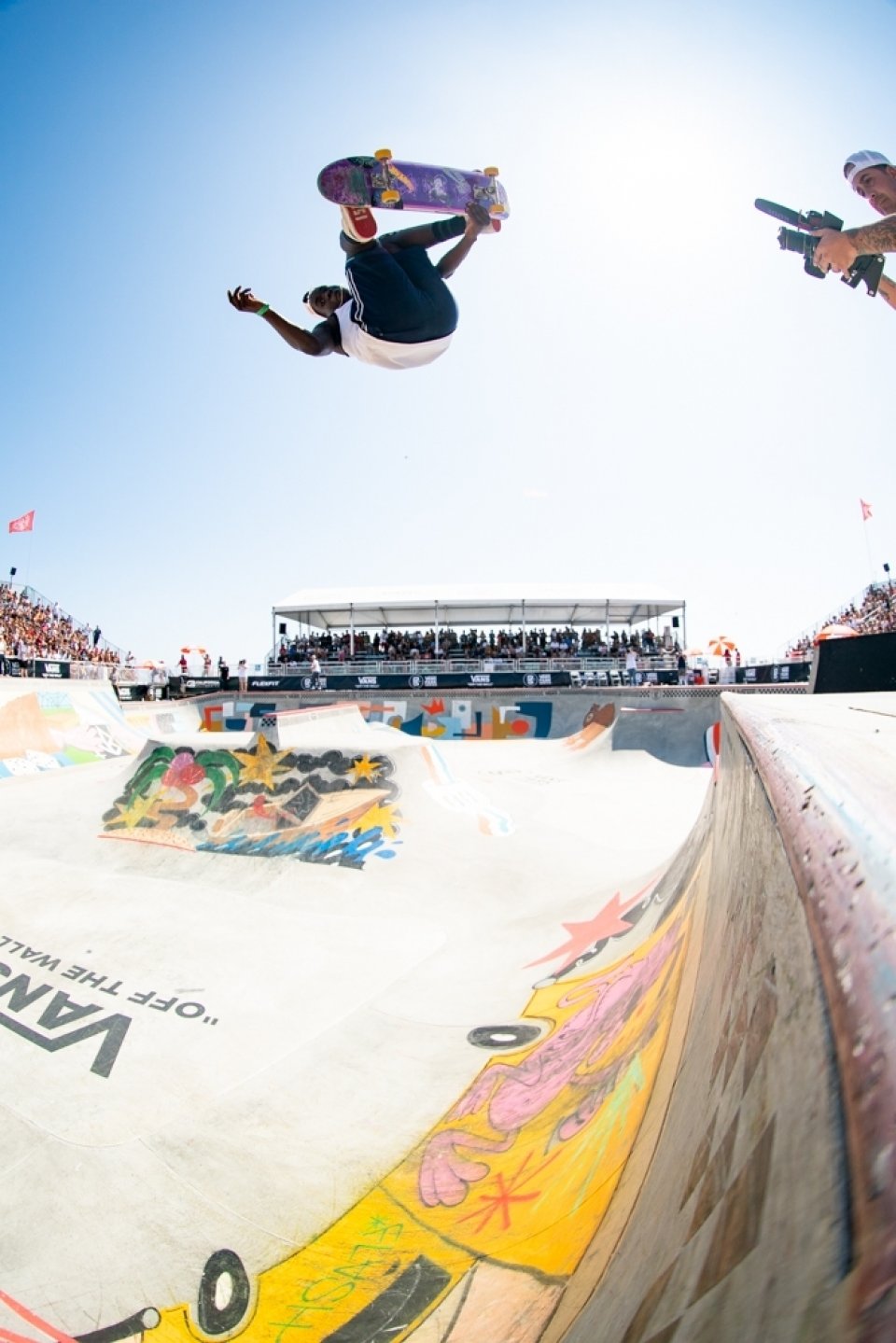 Zion Wright was on fire and will look to continue to go big in the Semifinals tomorrow. Anthony Acosta 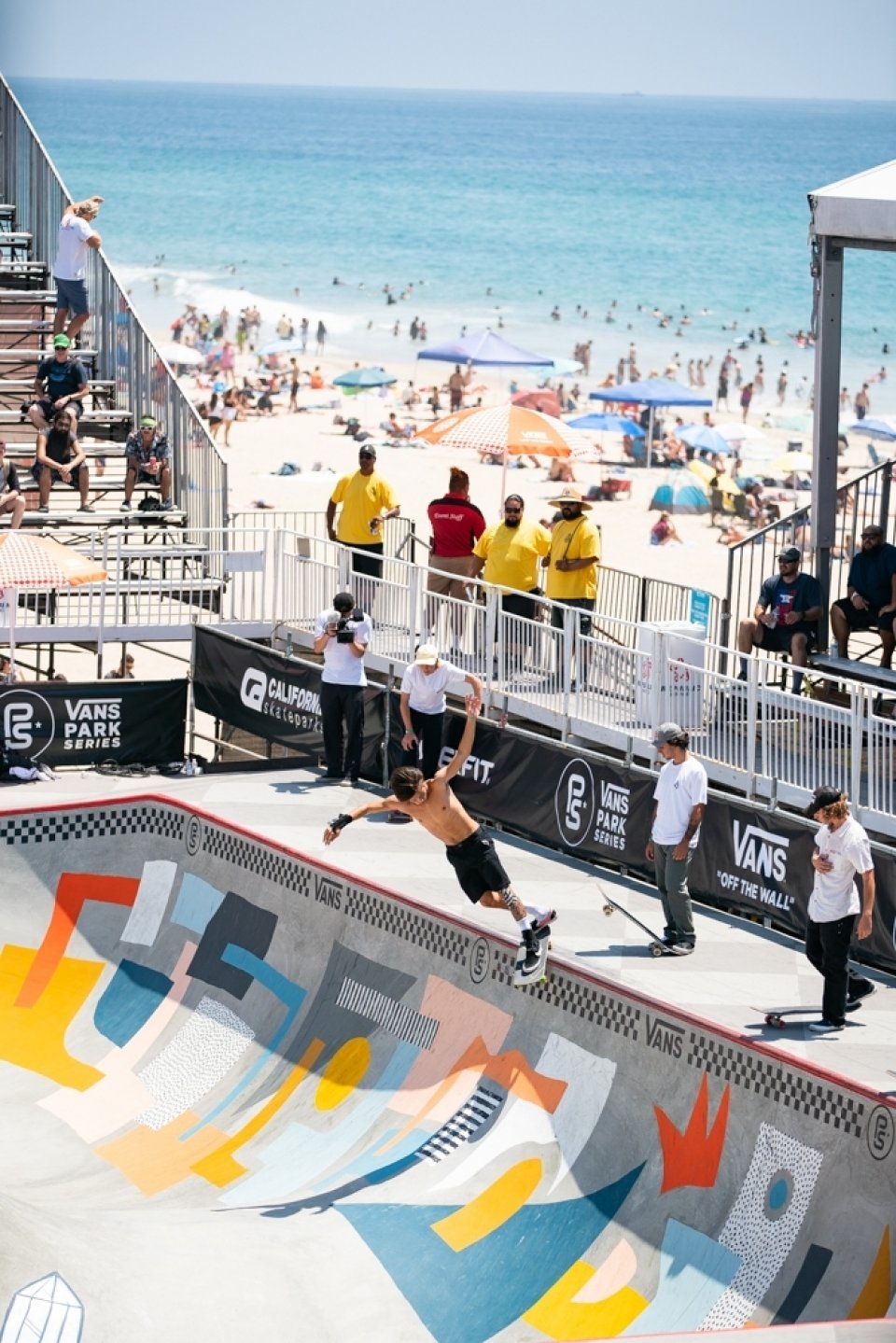 The women’s prelims took place yesterday, highlighting open qualifier Bryce Wettstein, who made a strong impression on the judges early on and earned the highest score of the day with a 91.73. Japan’s Sakura Yosozumi trailed closed behind, returning to the VPS spotlight after winning the Brazil tour stop earlier this year. Select Pros Kisa Nakamura and Lizzie Armanto also made a comeback with clean and powerful lines, followed by a last-minute score shuffle by current Women’s park terrain World Champion Nora Vasconcellos, who snuck into 7th place at the last minute in her final run of the day landing a kickflip backside disaster on the big quarterpipe.

Vans Park Series reveals a brand new, custom-spec concrete park built directly on the sand in Huntington Beach, in conjunction with the Vans US Open, the largest action sports festival in the world. With new and unique elements to challenge and inspire the VPS pros, the park features a subtle twist on the center island jump box that incorporates a jersey-barrier inspired spine, along with a variety of re-designed hips, layback banks, and extensions, all arranged in an open-flow format to allow the riders an abundance of different ways to take over the course.

With thousands of spectators descending upon the Vans US Open, the highly-anticipated summer event will feature an immersive creative experience, filled with world-class surf, skate and BMX competitions, in addition to the interactive Van Doren Village, which will host art exhibitions and hands-on creative workshops for attendees. Visit www.vansusopenofsurfing.com for more information.