Pedro Barros at his home in Floripa Helge Tscharn 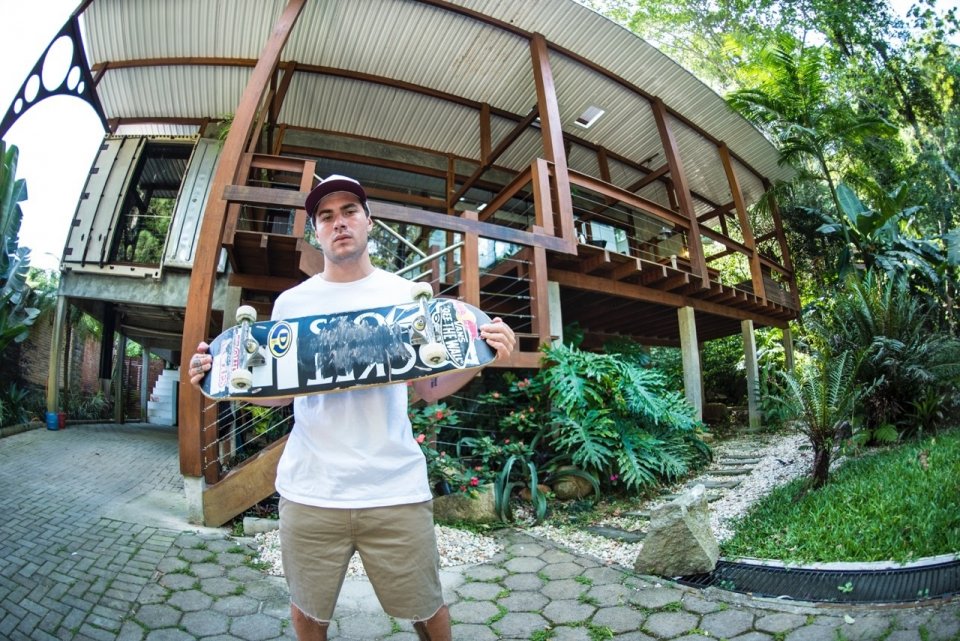 The night before the Vans Park Series Floripa qualifier Pedro Barros invited the Vans crew over to his compound where him and his family prepared an amazing dinner for us. He took us on a tour and showed us monkeys that come to the porch looking for food and showed us all of his personal skate terrain.  We took the opportunity to ask him a couple quick questions:

How long have you lived in this house?

We’ve been here for 7 years.  At first there was nothing here.  I’ve been stopping for literally five days at home and then I travel again.  Now I’m gonna stay for a month straight, so there’s probably gonna be some sessions.  There is usually more sessions in the summer though, 'cause then a lot of people come to visit and the sun stays up till eight and its warmer.

How far from here were you born?

I was born here in Floripa.  I was born in a hospital that was 20 miles away, but my whole life I spent around this area.  That beach right there, it keeps going another mile that way, its called Campeche, thats one of the most known beaches here on the south of the island.  A lot of good waves a lot of surfing around there, and that’s where my first house was.   And in the other direction is Lagoa which is the little city of the south here, 'cause the main city of Florianopolis is like 20 miles away.  This is just more of a surfy vibe, and they have everything, banks and places to eat.  This is the area I have lived my whole life, in this five mile triangle.   I don’t know if its common in the west, but in Brazil people move to and from a lot of houses, I think I’ve lived in like 20 houses, my dad was always moving around. 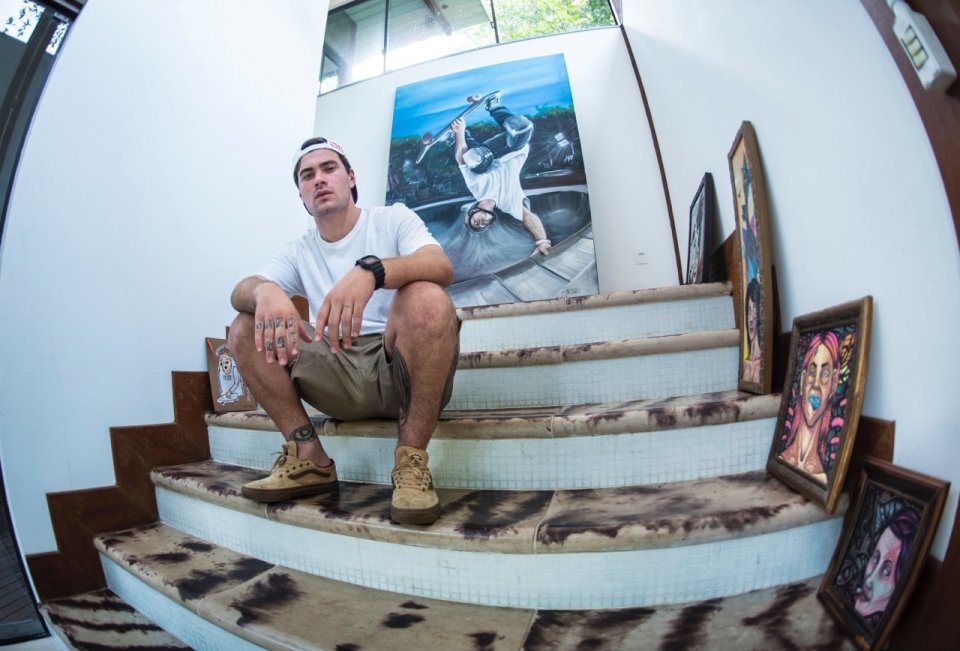 What kind of Terrain is here to skate?

Everything pretty much, there’s the bowl… in this compound, there’s a vert ramp, a bowl and a crazy DIY street park, pretty much everything.  There used to be a big mini ramp but now there is a house there. 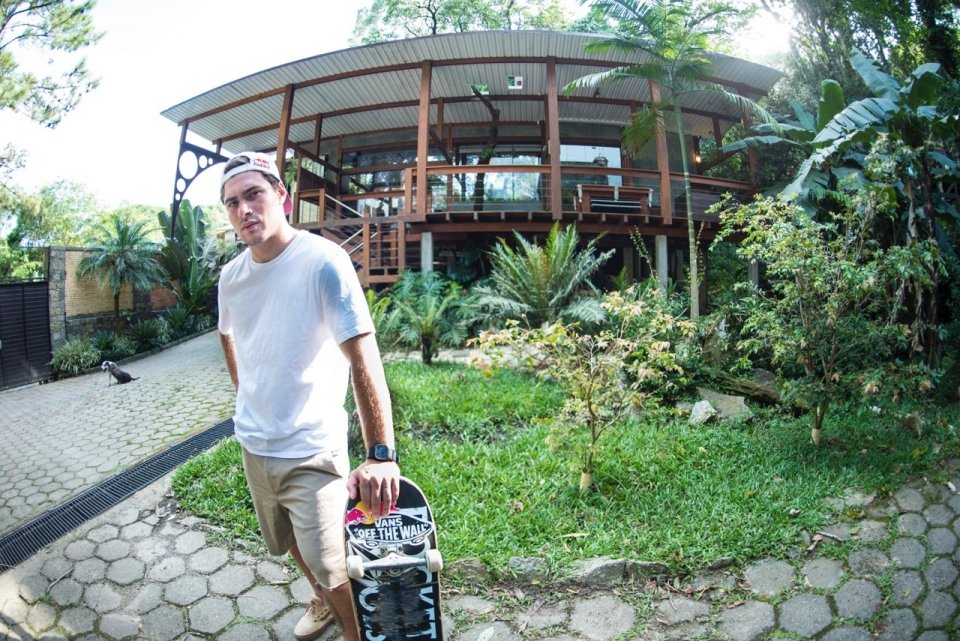 Is it nice to have people come visit?  To host people from out of town?

That’s why we have all this, we didn’t do any of this to keep it for us, otherwise we would just go skate other peoples houses.  We have this because we love having people over, people to share this whole energy with, and it should be shared always.

Its always better when its shared anyway, when you are doing a nice trick, its always better when a friend sees it.   When you get barreled surfing and you don’t have anyone to talk to about it, that it sucks.  Its the same thing here, in your house is where you spend the most time in your life, its perfect to spend that same time with your friends.

What skaters are you stoked on that are here visiting for Vans Park Series right now?

Oh, every single skater.  I don’t think this place has ever received this many pro skaters at once, its crazy.  We had Skate Generation where we had a lot of people coming, but it was more people from Brazil coming, but this one has brought people from all over the world.  I was coming from the X-Games, and on the same flight as me there was already 3 or 4 people coming on that same flight.  There’s a good vibe of skaters in Floripa right now.

Thanks for having all of us here!