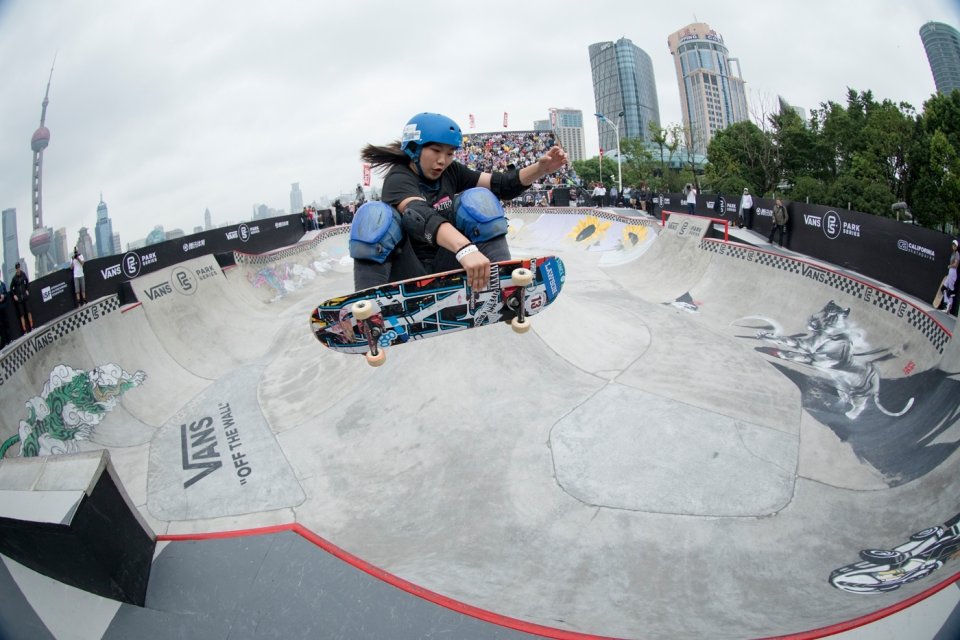 Kisa Nakamura (JPN) will be battling it out in the Women's Pro Finals at Suzhou, Chinaacosta Anthony Acosta

The new VPS Pro Finals event will take place at the Suzhou Taihu International Conference Center. Situated alongside the elegant Taihu Lake, the Suzhou Taihu International Conference Center is one of the first independent operated venues of its kind in China. The architectural style of the venue reflects the classical Chinese theme resembling Mount Gusu in Suzhou. With the surrounding landscape of modernity and classic design, Vans Park Series will transform the atmosphere into an exciting festival experience, showcasing the elite athleticism of the world best park terrain skateboarders, and welcoming locals and spectators from the city and abroad.